THE IMPORTANCE OF INTERCULTURAL TRAINING FOR AFRICAN COUNTRIES 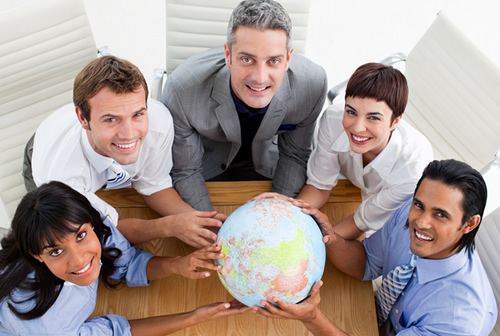 The image of Africa as the “Dark Continent” has morphed into one that presents Africa as the next big economic opportunity, as “Africa Rising”. A central feature of this change in image is the positioning of the continent as either a source of near-immeasurable resources, or as a growing consumer-driven market. Consequently, companies that wish to benefit from this growing revenue stream are feverishly analysing political risk, infrastructural constraints and other problems related to the cost of doing business in Africa.

While these factors, and the analysis thereof, are vital to business success in African countries; too narrow a focus on them overlooks that doing business in Africa, as in many other regions, is fundamentally about relationships and understanding of the environment. To successfully operate in African countries, companies and their representatives must ensure that they build firm relationships with both the people with whom they do business and with the communities within which they are based.

Central to building such relationships is an understanding of local African cultures. As with peoples the world over, Africans have very varied and vibrant cultures. However, these cultures are not the fixed, unchanging ones they are so often thought to be. While they are generally rooted in past practises, African cultures are dynamic and rapidly evolving. One only has to look at the great range of youth cultures that are in evidence across the continent to realise that Africa is making a confident statement about its place in the world. To ignore such cultural expression would be to lose out on the opportunities inherent in the coupling of Africa’s very young population with its growing consumer class.

In Africa, causing offense through a lack of knowledge of local practice, custom or culture can have a negative effect on productivity and company image. An understanding of local cultures, communities, or consumers is, therefore, of particular importance when doing business in African countries. In addition, accurate and relevant content for dynamic African countries is very difficult to obtain.

In short, business people, African and otherwise, who wish to do business in African countries should take the time to learn about the country in which they plan to operate as well as the particular region of that country. Such learning should take the form of structured training that deals with all aspects of the society and not just some potted conception of a national culture.

Company representatives should familiarise themselves with a few aspects of Africa’s long and wonderful tradition of artistic output. They should take the time to read novels written by authors from the country the company is targeting, or listen to that country’s music. This will give a sense of the country’s culture and history. Perhaps more significantly, it will give representatives something to talk about and share with those with whom they plan to do business and, thus, help build the inter-personal relationships that are central to business in Africa.

The benefits of the country specific expat and company representatives training are numerous.

The benefit for the company is that the expatriate is able to start their assignment with a good understanding of company and local cultures, thus alleviating potential misunderstandings and lost productivity due to cultural clashes involving expat and local employees.

For the expatriate, an awareness of local culture ensures fewer misunderstandings and potential negative perceptions at work. Having an independent support programme provides the expat with the certainty that the company is looking after them and cares that their experience is a positive one. This training makes it easier for the expat to make friends and function efficiently in the work place.

For the accompanying partner, discussing expectations reduces the fear of the unknown, enables them to integrate easier in the local society and empowers them to embrace new cultures.

Expats On The Globe designed the Globally Aware Programmes to include rich, African country-specific content that is not readily available from other sources. In order to do so, we considered all of the stakeholders in an expatriate assignment. Accordingly, we developed programmes focused on international HR managers, expatriates, travelling executives and expatriate spouses. Our delegates leave our programmes with a profound understanding of the country’s socio-political and cultural environments, equipped with the tools required to integrate in the host country and are, thus, able to make a success of their assignment.

Expats on the Globe offers an account centric approach to global mobility by providing immigration, relocation and a variety of intercultural services to companies doing business in Africa.